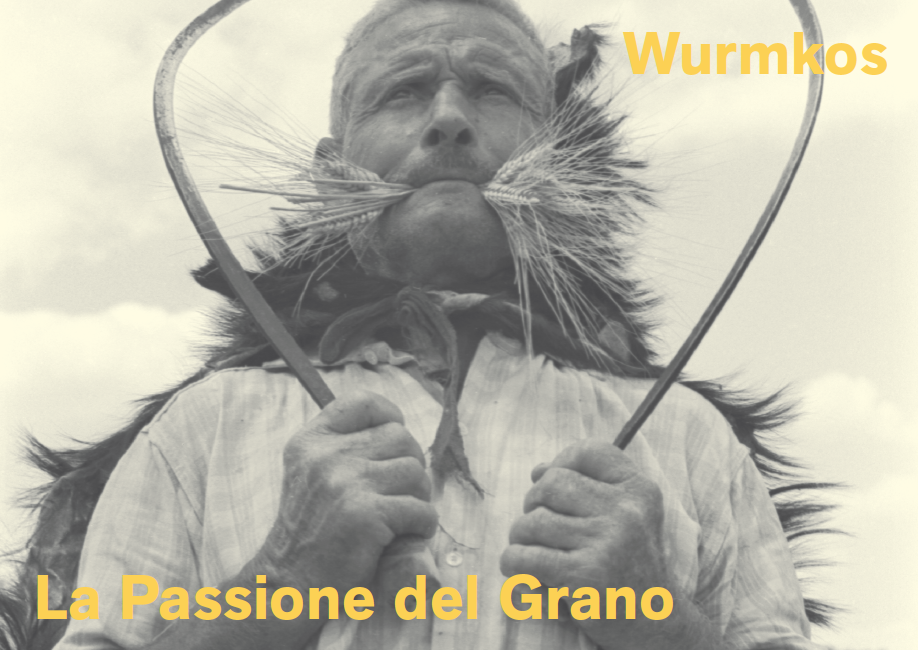 With this new exhibition, the PAV wants to refocus the attention of political ecology on the problem of the land as a common asset and an element of production and reproduction.  This subject had been dismissed as ‘archaic’ by both capitalist and socialist modernity alike and has now returned as one of great interest at the moment in which salaried factory work and the unpaid work of housewives are no longer at the heart of contemporary production, as has been claimed by Mariarosa Dalla Costa for some time. What is now added is a new appreciation of “working the land” on a global scale, in both the north and the south of the world.

The project A passion for wheat that the Wurmkos group has created for the PAV, takes its inspiration from the world of agricultural labor linked to the rites and popular culture rooted in the area of Lucania. These popular rituals are polysemous and represent the symbolic moment for evading that which Ernesto De Martino calls the “crisis of presence” or, in other words, the ability to preserve in our memories the experience necessary to respond adequately to a determinate historic situation. Rituals help mankind to bear this crisis of presence that it feels when facing nature, offering reassuring models to be followed. This occurs symbolically in the implicit ambivalence of the ‘wheat harvest’ since this is an operation which necessarily both kills/sacrifices the wheat and makes it available to man at one and the same time.

The ethnographic film A passion for wheat, filmed in 1960 by the Italian, political documentary maker, Lino Del Fra, is presented at the PAV. The documentary, from which the Wurmkos project takes its name, shows us a significant cross-section of rural life in Southern Italy. In Lucania, an ancient peasant ritual was performed during the harvest period (still in the 1960s), in which the farmworkers enacted a sort of ‘vendetta’ for the death of the wheat. In order to do this, they hunted and killed a goat, the mythological animal responsible for the death of the harvests and for the period of ‘vegetable void’ (the winter). Then a woman would arrive and would be disrobed so that her clothes could be given to the fields – a highly symbolic passage of the ritual that augured a return of fertility to the fields with the arrival of Spring.

The project began precisely with the planting of the wheat which took place on 5th November 2016 at the PAV. Wurmkos group and Educational and Training Activities, curated by Orietta Brombin, leaded a workshop held on the 24th and 25th of June 2017, where video and photographic material of peasant culture festivities and rituals are shown. Under the guidance of the binders of wheat gregne and scigli (sheaves of wheat bound into various forms) from Episcopia (Basilicata), wheat stems are been harvested and then worked and plaited into structures that have been designed, planned and built by the participants themselves.
The vernacular structures made from reeds and rushes and then braided with natural raffia, are part of the installation that is located in the museum courtyard in order to offer refuge to the living beings in the park. These objects will remain on display until the natural decay, completing the exhibition path, in which archive documents on peasant culture are also on show: objects, photographs and eye witness accounts together with the works created specifically by the Wurmkos group. The names of Ando Gilardi and Franco Pinna appear among the photographers, bearing witness of Ernesto De Martino’s work historical landmarks.

Wurmkos was born in 1987 with the purpose of creating a ‘place’ in which to create a relationship between art and mental health. It was started as a visual art laboratory in which artists (both affected by mental health issues and not), critics and operators in the sector would come together. The Wurmkos’ work has been acknowledged as part of important international exhibitions. Amongst these are: the Venice Biennale; the Gwangju Biennale, the Museo di Villa Croce, Genoa; the Milan Triennale; Pac, Milan; Palazzo Morando – Costume Moda Immagine, Milan. Fondazione Wurmkos onlus was established in 2011 and Pasquale Campanella, one of the founders of the group, received Premio Ciampi – L’altr’Arte due to the work done with Wurmkos. 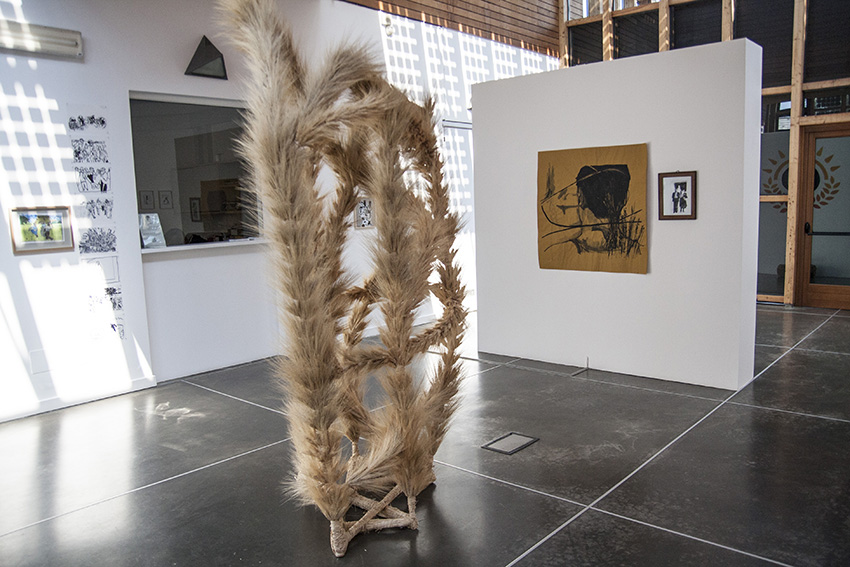 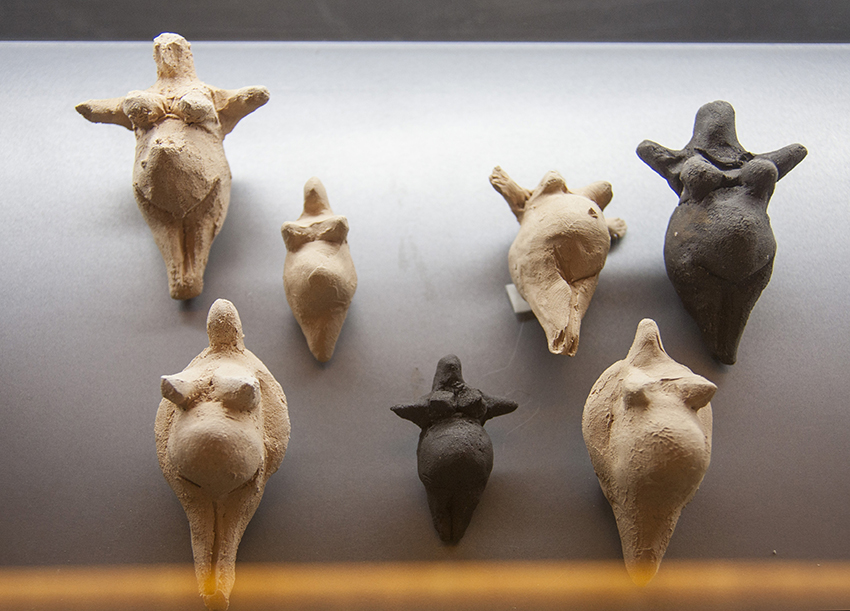 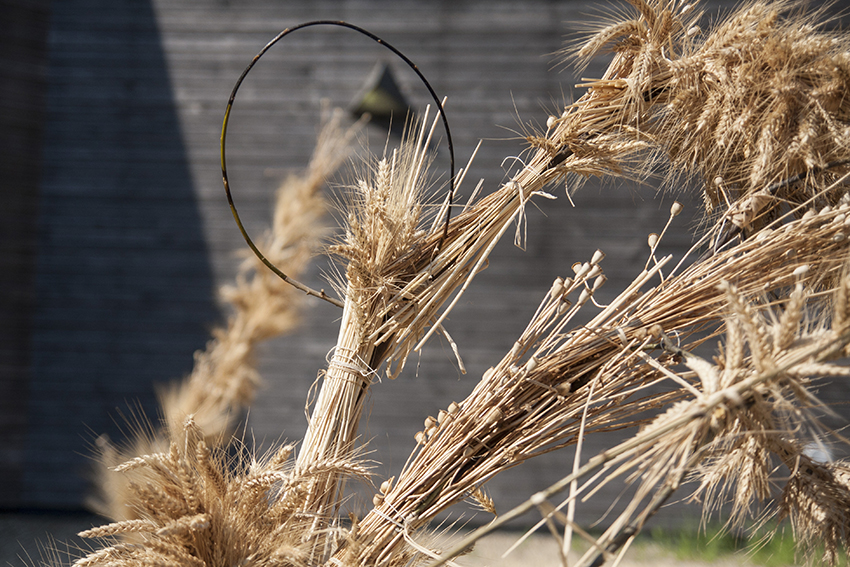 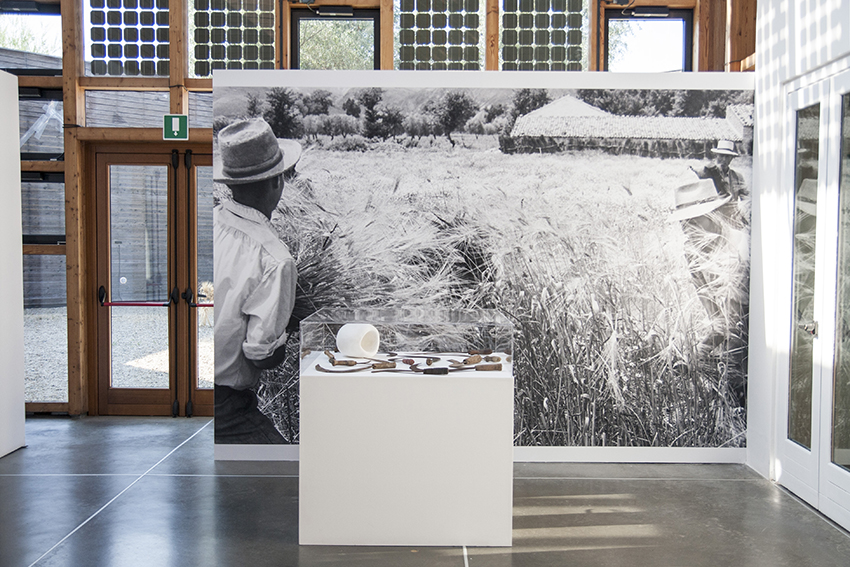 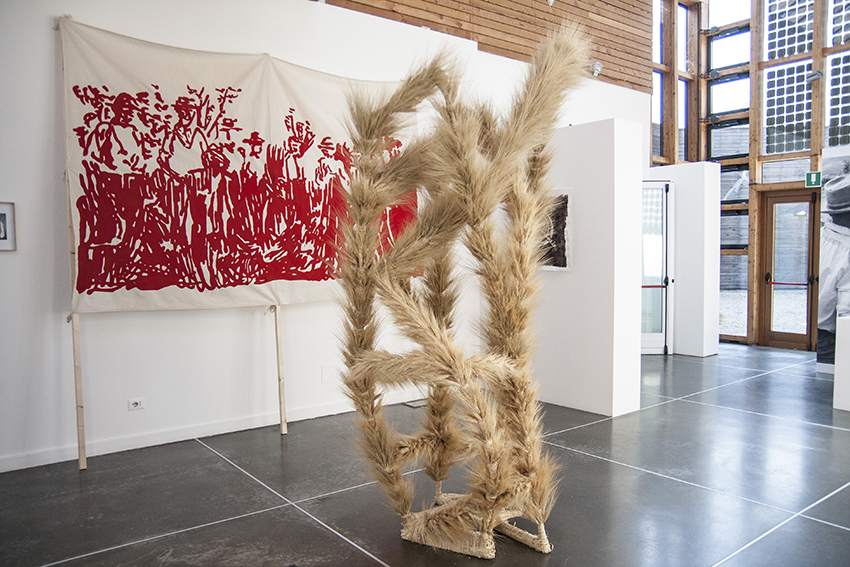 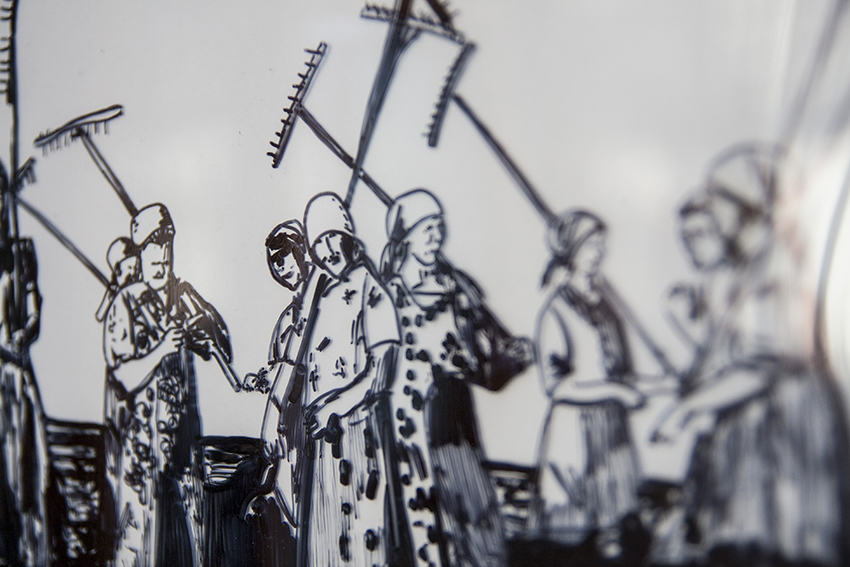 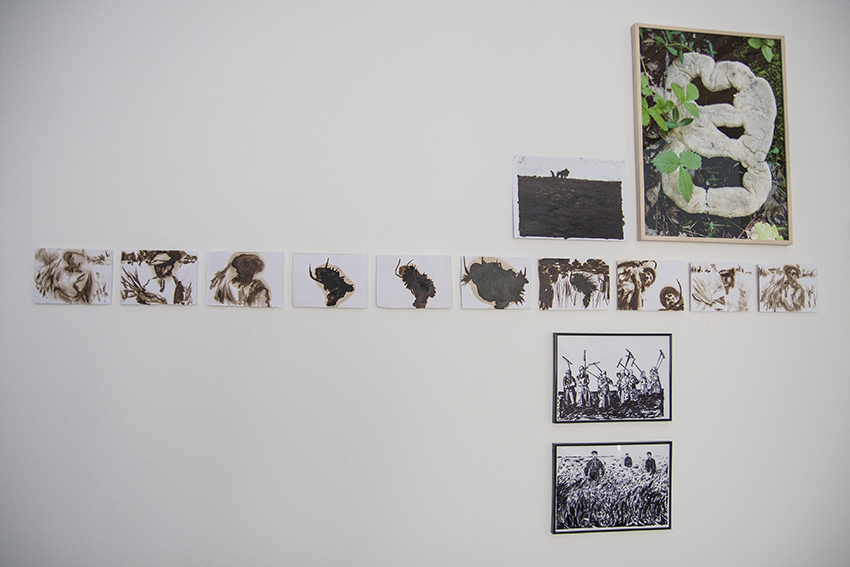 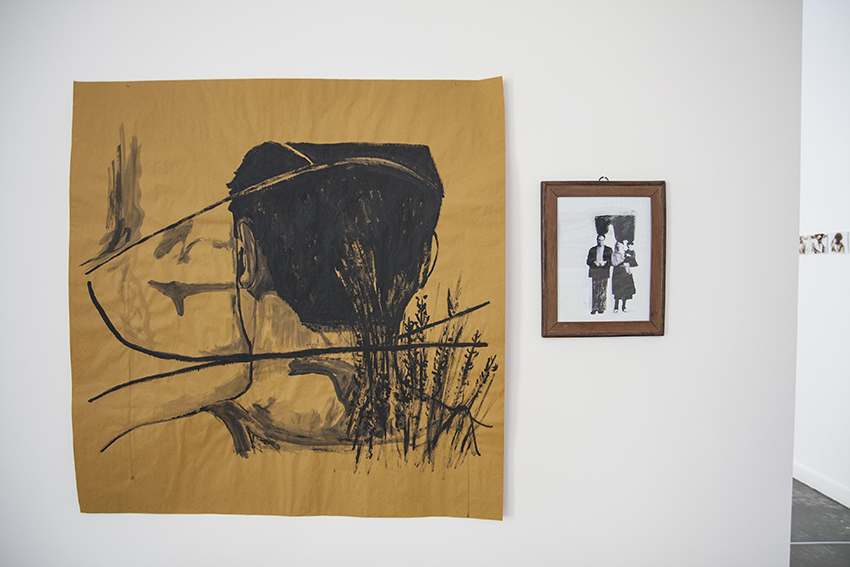 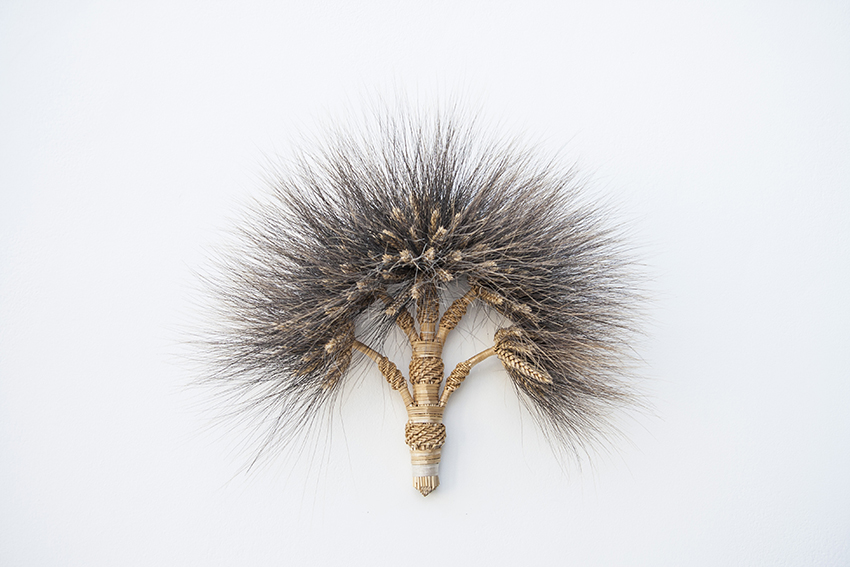 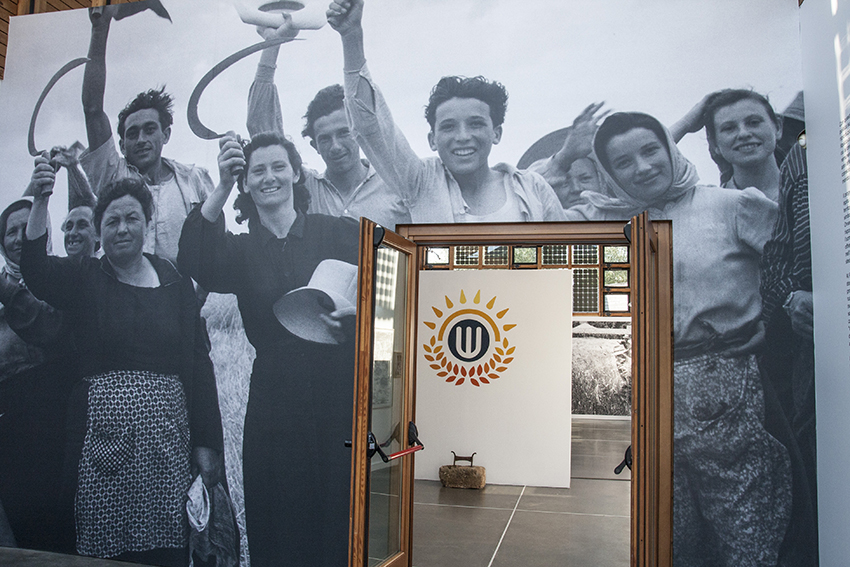 The exhibition has been realized under the patronage of the City of Turin, with the support of Compagnia di San Paolo, Fondazione CRT and Regione Piemonte.