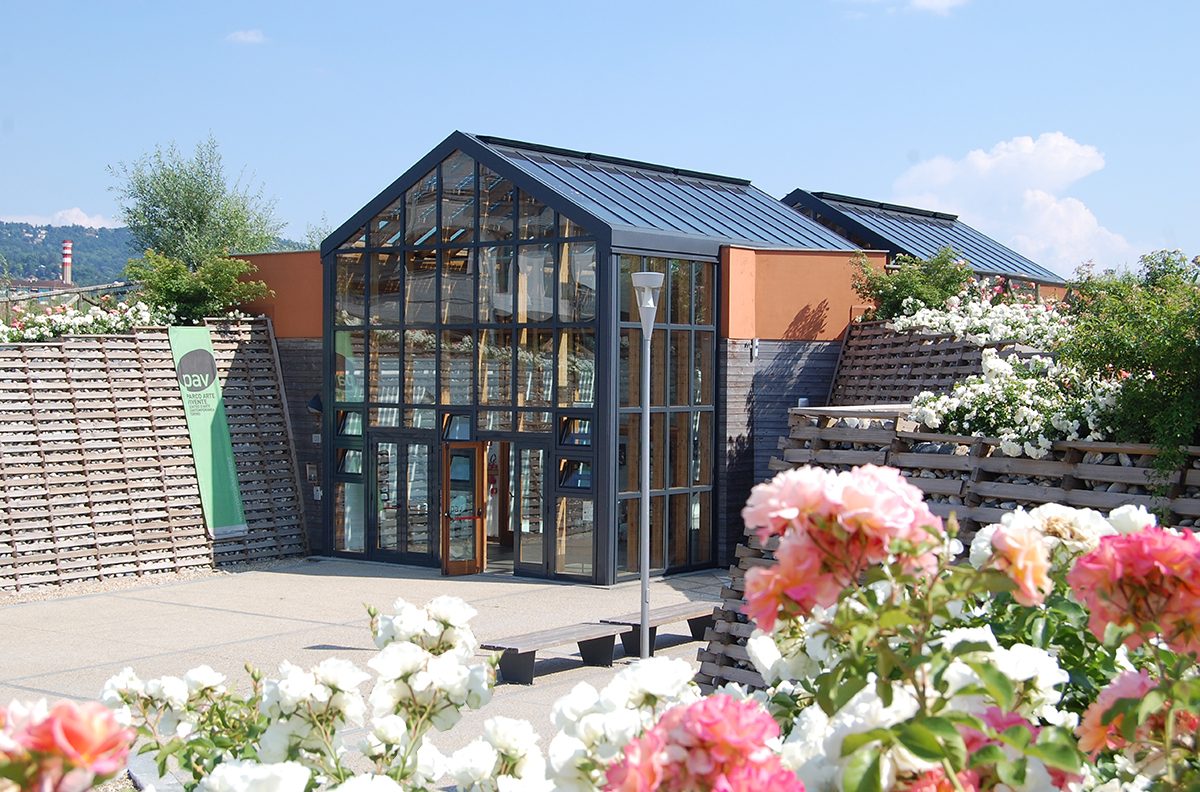 PAV is an Experimental Centre for Contemporary Art conceived by the artist Piero Gilardi and directed by Enrico Bonanate.
PAV includes an open-air exhibition site and an interactive museum, meant as a place for meetings and workshops dealing with the ongoing dialogue between art and nature, biotechnology and ecology, between the public and artists.
The PARK is a green place in progress and occupies an ex-industrial area of some 23,000 mq where, as well as Trèfle, an environmental installation by Dominique Gonzalez-Foerster (2006), and Jardin Mandala, a garden designed by Gilles Clément (2010), other relational and participatory artworks are taking shape time by time. TOBee, curated by La Montanina Association, urban beekeeping project in the installation La Folie du PAV by Emmanuel Louisgrand (2009), and later with Focolare (Hearth), winner of the 2012 PAV Prize.

The ART PROGRAM, directed by Piero Gilardi, unfolds as Italian and international artists putting in place contemporary artworks and installations: permanent and temporary artworks, outdoors and in the indoor exhibition areas. The field of investigation is Living Art, part of the contemporary trends that together includes Bioart, Biotech Art, Transgenic Art and the so-called Ecological Art. These experimentations include organic and inorganic materials, where life – with bioethical reflections on the use of certain practices – may be also induced by biotechnological means.

EDUCATIONAL AND TRAINING ACTIVITIES, curated by Orietta Brombin, involve the public in workshops and seminars led by the artists themselves, as well as a program open to all, with guided visits, training courses for teachers, professionals and students of all age, and for the adult general public. The program proposes theoretical explorations, workshops and laboratories in collaboration with experts in various disciplines, providing the means and materials with which to experience cognitive, emotional and expressive stimuli.

The first project of PAV dates back to 2002, designed by Piero Gilardi and conceived by Gianluca Cosmacini. After several possible locations, the project approaches to the final arrangement to via Giordano Bruno, ex-Framtek area, and was built in 2008 by architects Gianluca Cosmacini and Alessandro Fassi. In 2010 he received the Architectures Revealed by the Order of Architects of Turin.