While in the years of conformation of the project we lived – at least externally, and especially in 2006 after the inauguration of Tréfle (environmental work of the French artist Dominique Gonzalez-Foerster) – a climate of prefiguration of what the Park would become, starting from November 2008 the PAV presented its artistic experiments and its laboratories around the theme of the living art.
In this direction, after Ecosoft Art (2008), the exhibition that accompanied the official opening of the Park, in 2009 took shape (and is still ongoing) VILLAGE GREEN,semi-permanent exhibition cycle in the exterior that has welcomed the installations temporary exhibitions by Lara Almarcegui, Michel Blazy, Andreas Gedin, Piero Gilardi.

Among the temporary projects we also mention the installation Immigration of the Swiss artist Francesco Mariotti, placed initially in June 2007 in Piazza Valdo Fusi (in front of the temporary museum building at Casa Canada) and then in the first area of ​​the PAV park open to the public in 2007. 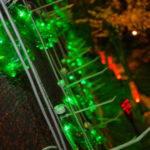 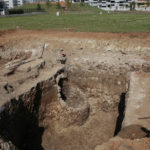 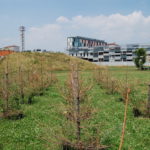 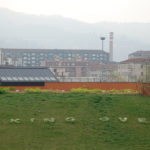 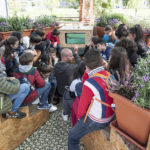 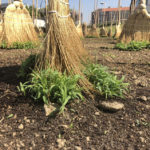 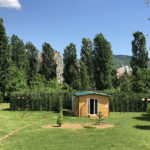