While construction for the PAV and the Bioma work of art was taking place, the city of Torino (a partner along with the Fondazione Torino Musei and AMIAT) allowed the association AcPAV use of the British Columbia House, better known as “Casa Canada” during the Olympics. Located in the center of Torino, from November 2006 until May 2007, Casa Canada was the PAV’s temporary headquarters and hosted the cultural programming of activities, synthetically called PAV PREVIEW.

In the context of the Art Program, which included conferences, workshops, round-table discussions and public presentations of the programming of future exhibitions, a preview of Immigration, a project by the Swiss artist Francesco Mariotti Immigration, of long- term duration, Immigration stems from a series of studies of anthropological nature on Latin American myths that led to the Giardini ibridi made by the artist together with the biologist Stefan Ineichen, using led lights inserted inside of plastic bottles. From this idea of the firefly-lanterns, the project intends to create an actual technological support system for the future habitat of a settlement of fireflies, a biotope, placed in earthen shelters and which will include different plant species, artificial lakes, molluscs and insect larvae. In making a biotope for the new “immigration” of the precious luminous insects, he intends to challenge the pollution of gases and lighting in our cities by inverting our impact upon the environment.

Upon the grassy field of Torino’s Valdo Fusi Plaza, approximately 200 firefly-lanterns were arranged. During the day, the diffusion of sounds generated diverse perceptions and syntheses, whereas in the dark, the greenfirefly diodes (leds) illuminated the area creating new evocations.

The preview of Immigration Glow Up! at the same time as Glow Up!, the PAV’s educational formative workshop, was significant in gradually accompanying the biotope systemization which, even prior to being an attempt at creating a firefly habitat in a portion of the city, is an organic, poetical and visual metaphor of renewed dialogue between nature and man. 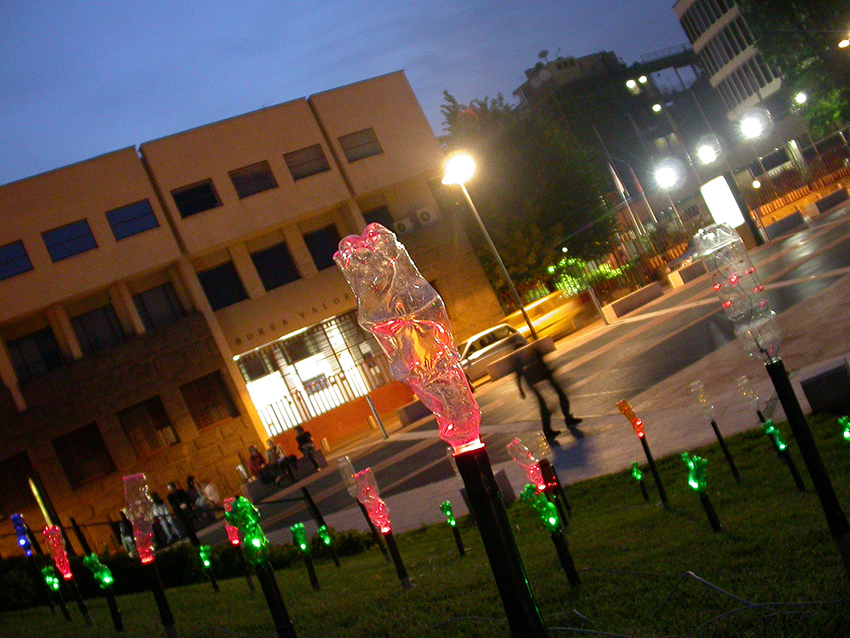 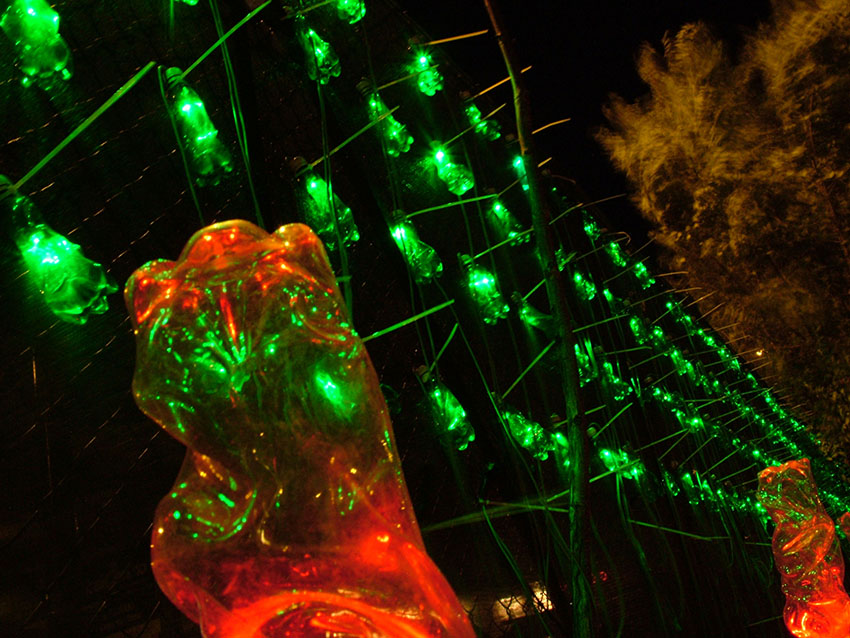 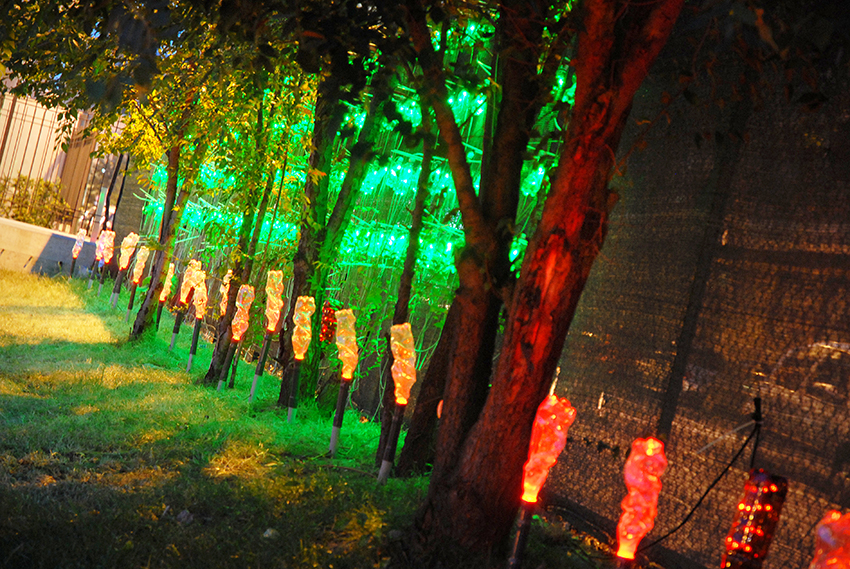 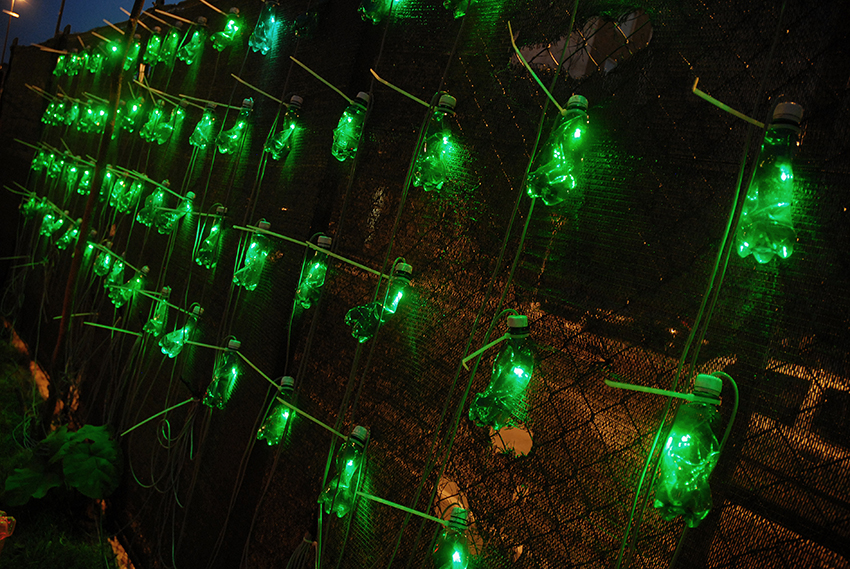 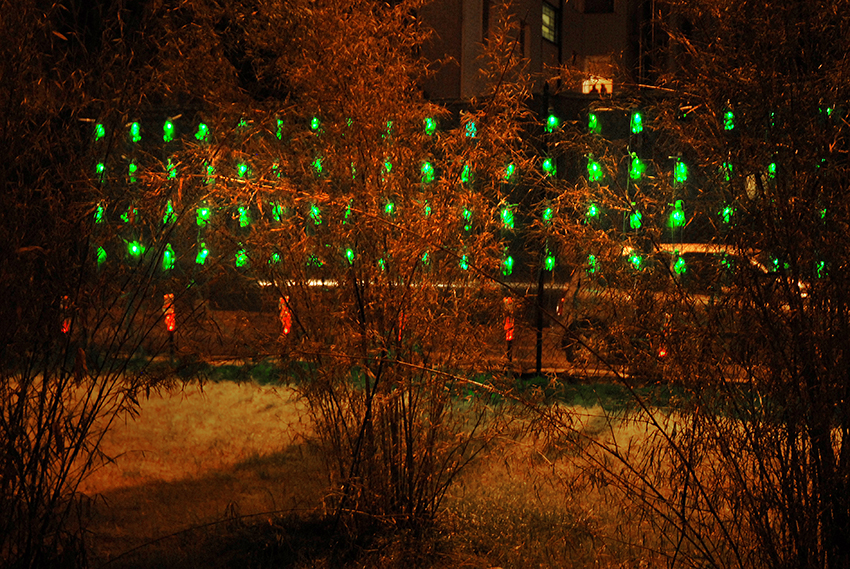 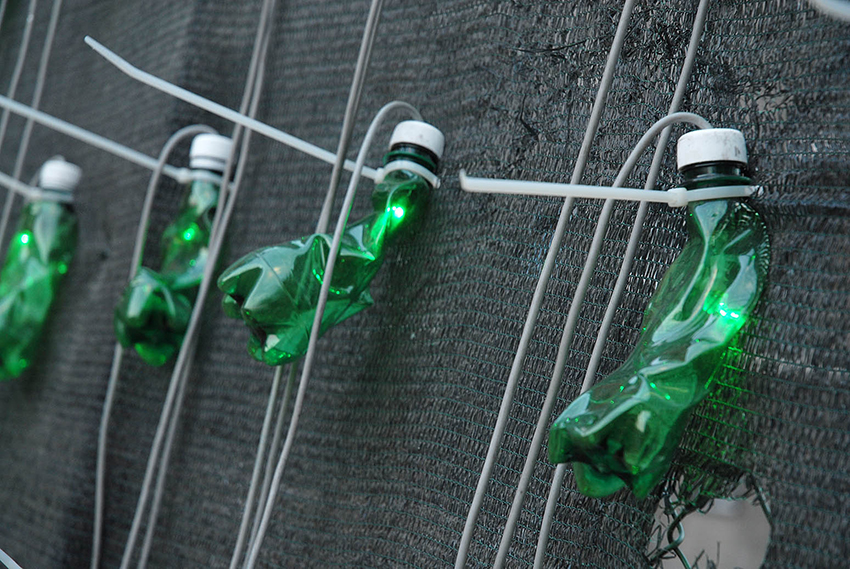 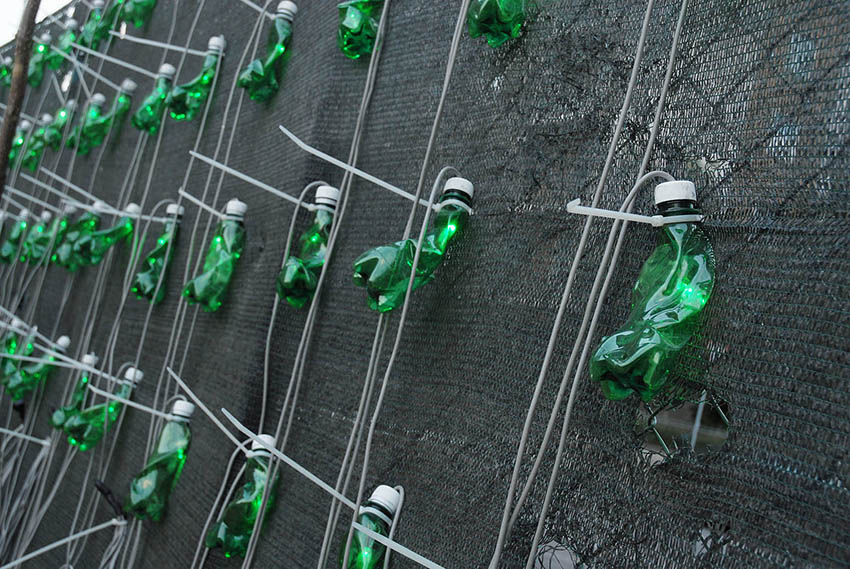