Christmas is not Christmas without a decorative tree.

Artificial and natural are the two choices arboreal of those who celebrate Christmas. But what happens if balls, stars and festoons are placed on a natural tree, a real pine? It happens that, during the holiday season, the tree dried and, contrary to the glitter of its decorations, goes off a little at a time. The heating temperatures of our homes, in fact, unlike the human warmth of the people who gather and gather in the interior, make him die.

And, despite the awareness that the choice of a natural tree is not in line with the imaginary environmentalist, those who opt for a living fir does it, often, only because moved by the desire and the need to surround themselves with tangible signs of the winter landscape. But in a global perspective of eco-sustainability, recovery and recycling, at the Pav, a living art park, art also moves, and in this case, in a relational and procedural dimension of choral collection. Within the PAV, Michel Blazy, an artist French engaged in research that investigates the potential of living matter, has developed his intervention in the context of Village Green, the artistic project curated by Nicolas Bourriaud.

It is about Noël in August (Christmas in August), a kind of public appeal, a collective call whose purpose was the planting of a hundred cut fir trees and at the end of their life cycle. Through this relational operation, in the strip of land next to the entrance to the park was created a field of pines “sacrificed to Christmas”, a portion of green trees now no longer living that is not consecrated to a cult in particular, if not that of Earth and its regenerative potential.

The dissected trees, for which the participation of the citizens was requested, were collected Saturday 17 and Sunday 18 January 2009, and constituted, after their placement in the ground, of the guardians for the growth of cherry tomatoes planted with their bases in Month of April 2009. After flowering, finally, in a completely innovative and choral dimension, the same citizens who responded to the intervention, together with other audiences, were actors of the harvest and the preparation of a collective bruschettata during the Workshop _ 08/Christmas in August-Please, feed the animals. A collective meal that recalls Christmas with its symbol of rebirth, but untied by anthropological meanings and free from consumerist anxieties, therefore, in August. 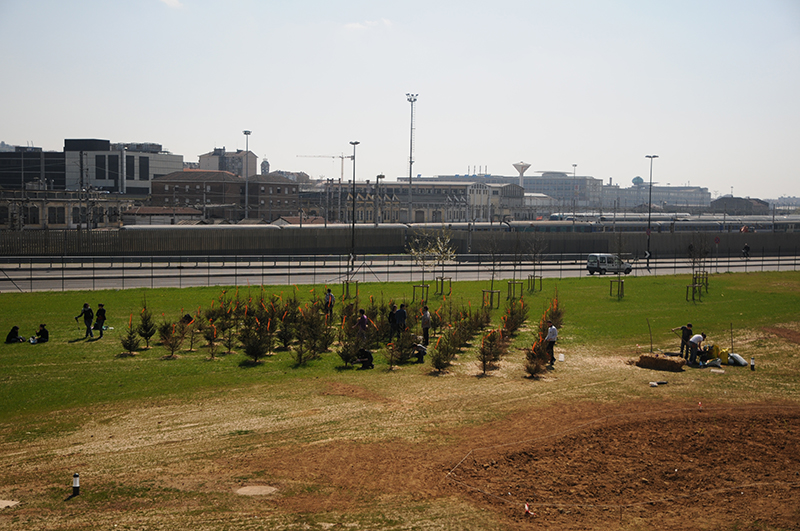 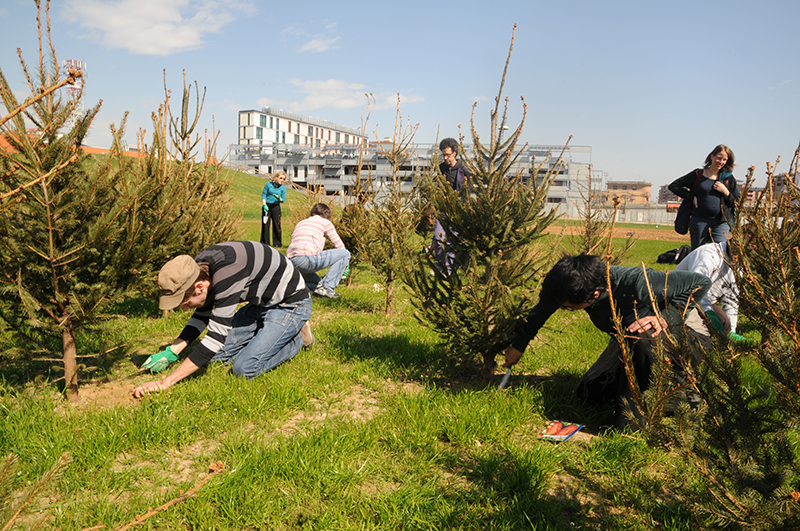 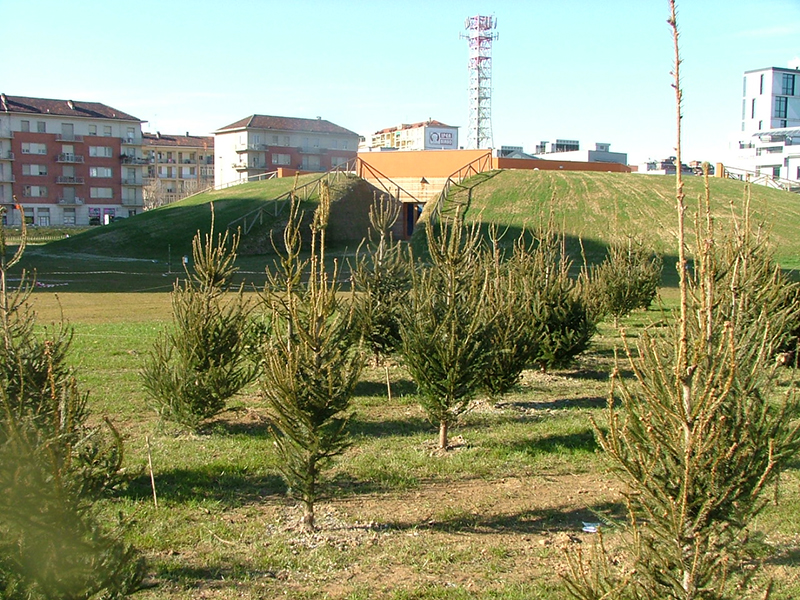 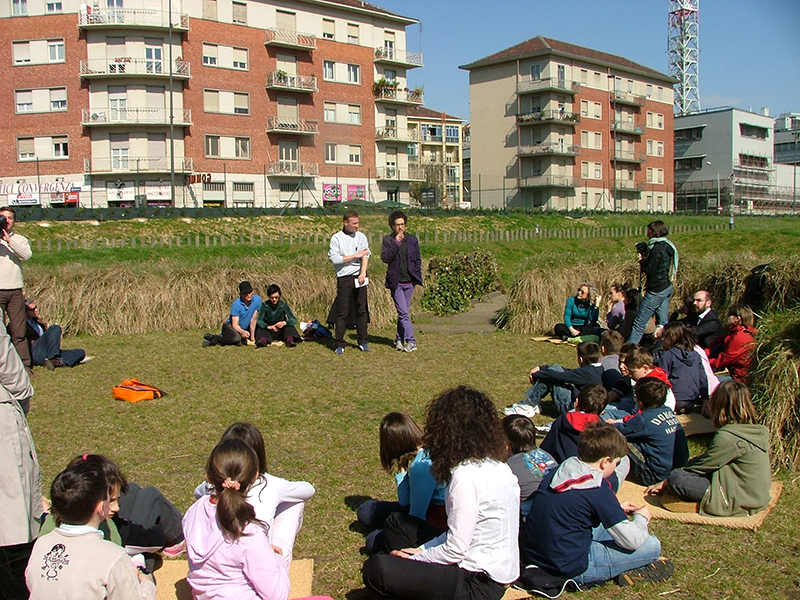 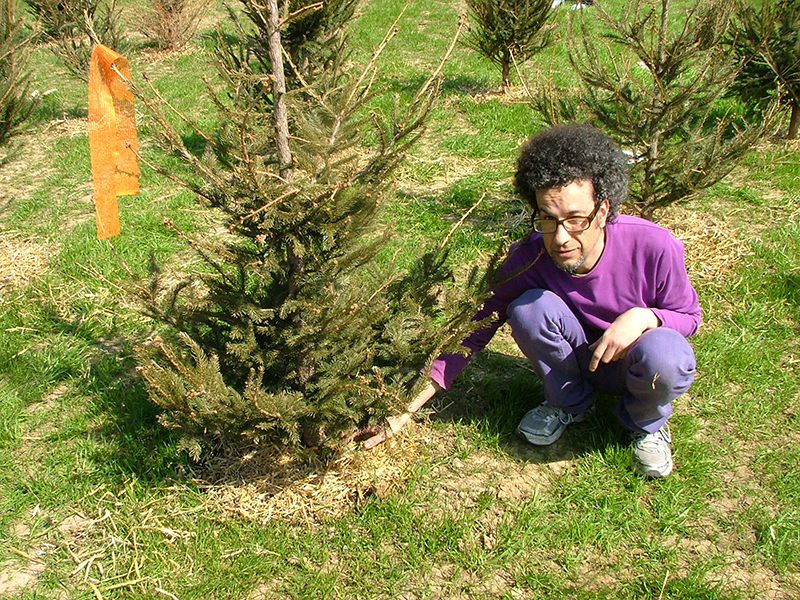 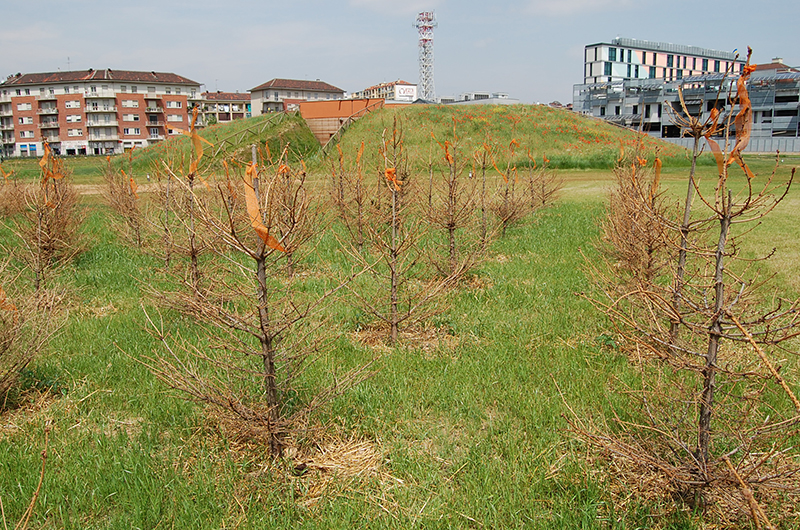 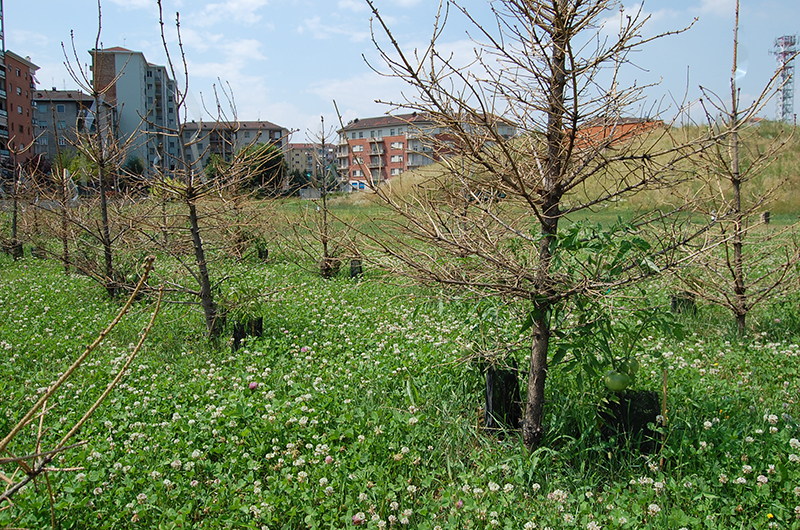 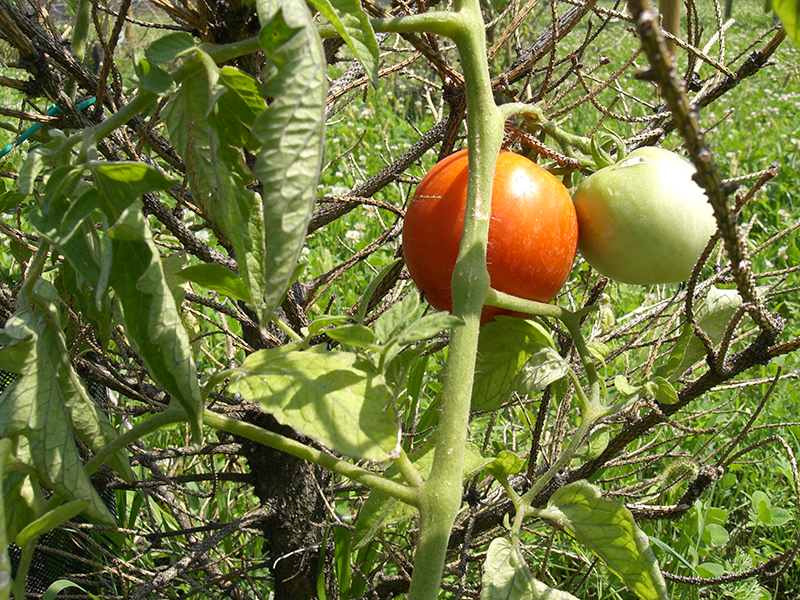 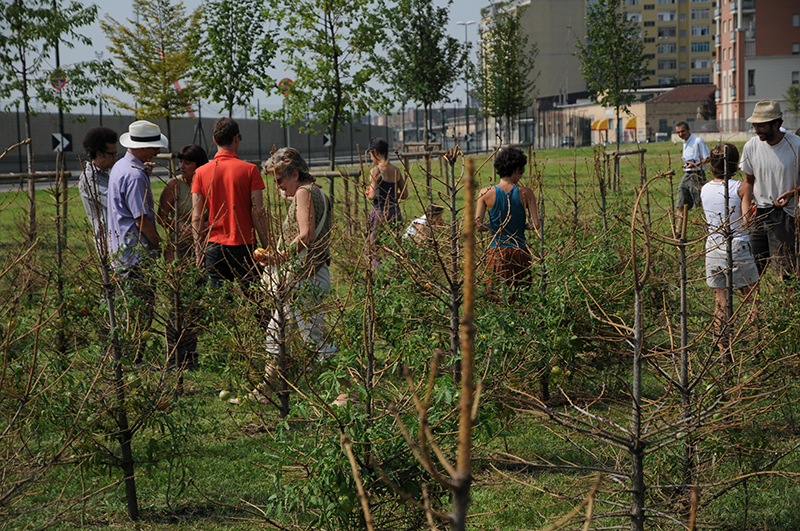