led by Wapke Feenstra, Myvillages
June 10-11-12, 2015
Led by Wapke Feenstra, Dutch artist part of Myvillages collective, the group of young artists CTC (Temporary Construction Community) produced drinks to be consumed during the opening of the show Grow It Yourself. Syrups, obtained as a result of the collection of elder flowers (Sambucus Nigra), their infusion in boiling sugary water, maceration and bottling (characterized by a specially designed label), diluted in water or white wine, have characterized the special site specific quality of the banquet. The experience, interpreted here on a local scale, descends from Company. Movements, deals and drinks, ongoing operation that Myvillages launched in London in 2014 and which sees, with the harvesting of fruit in the Kent region, a Community company producing drinks obtained following all stages of growth, harvest and processing of the products of the earth. 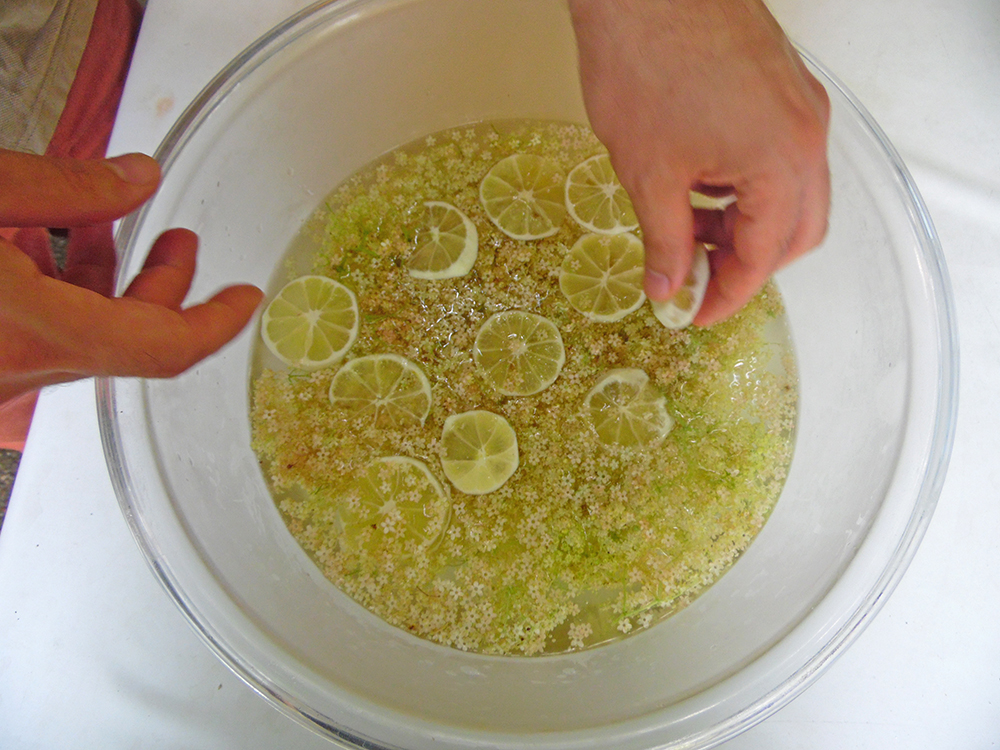 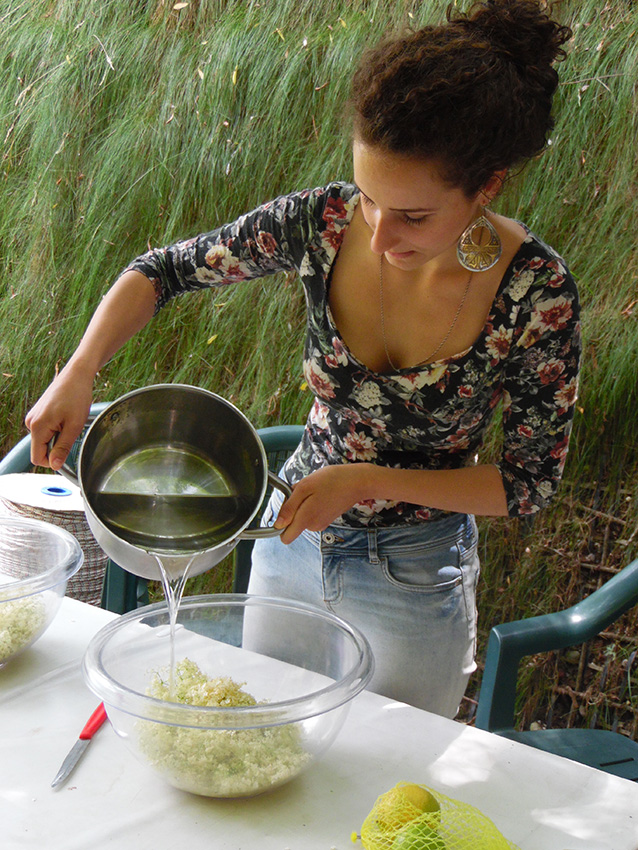 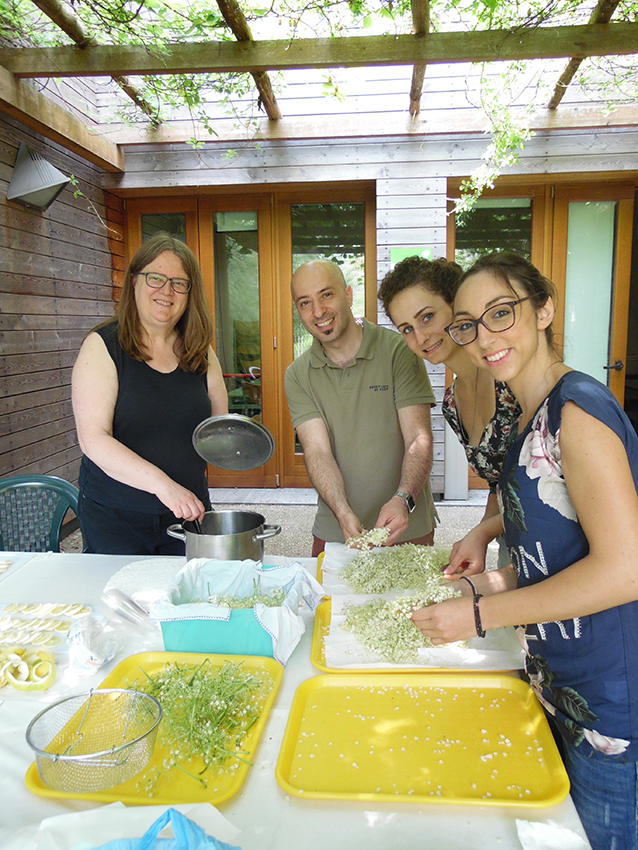 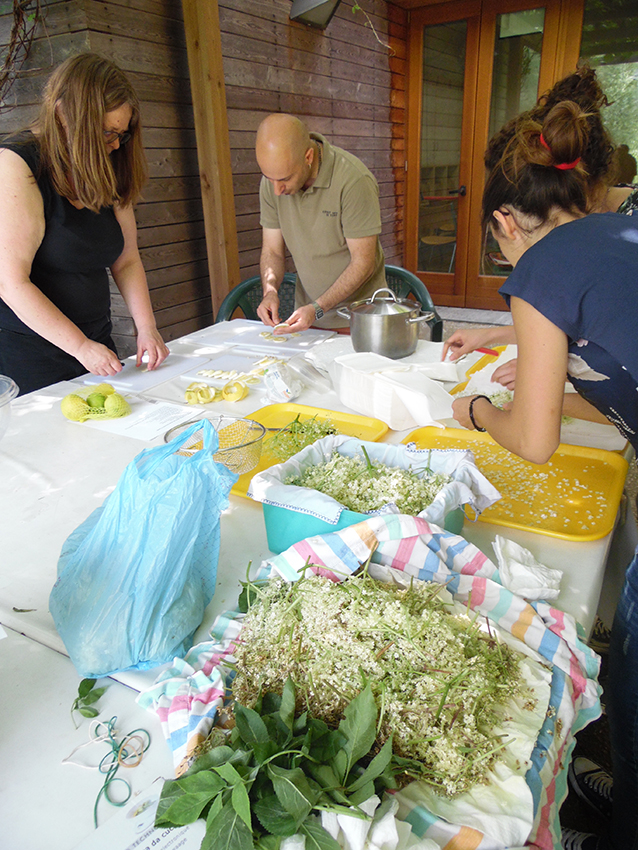 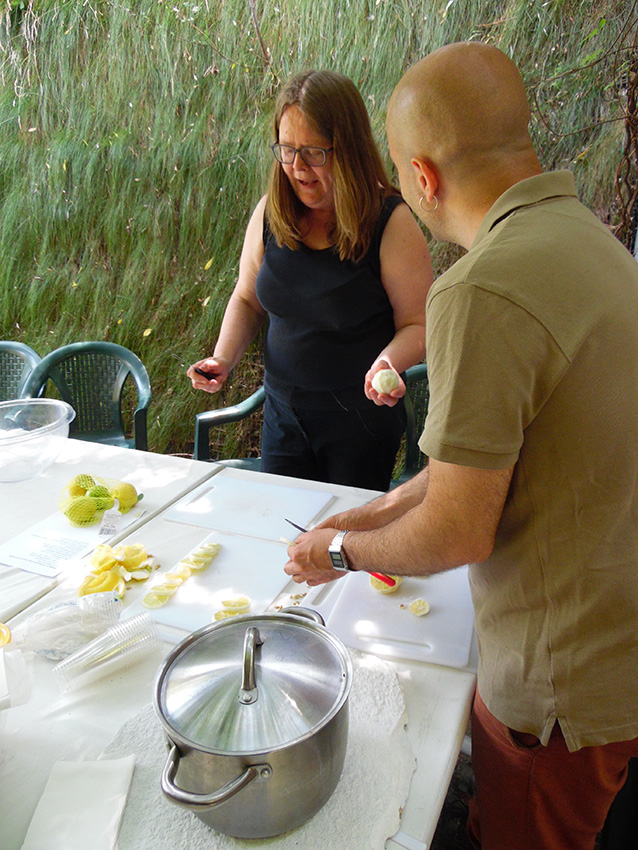 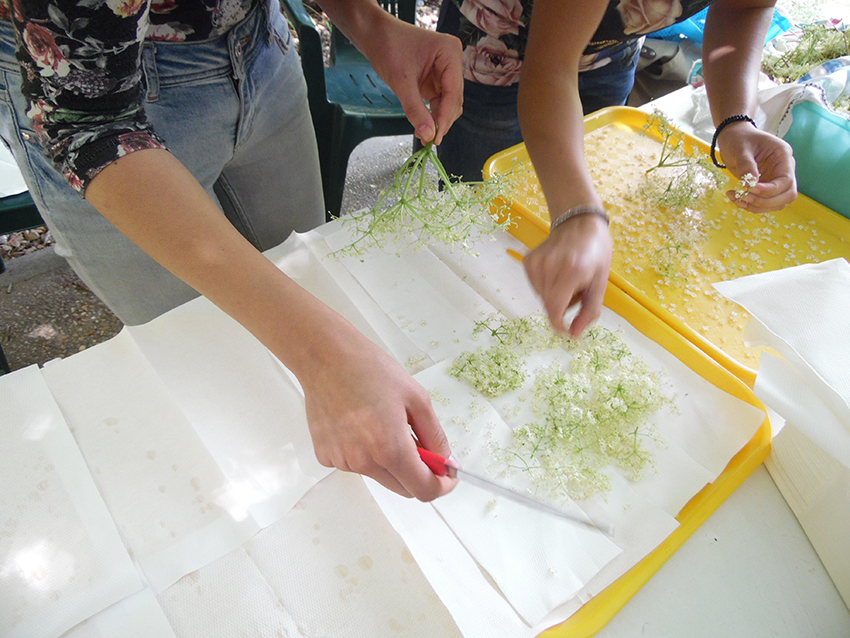 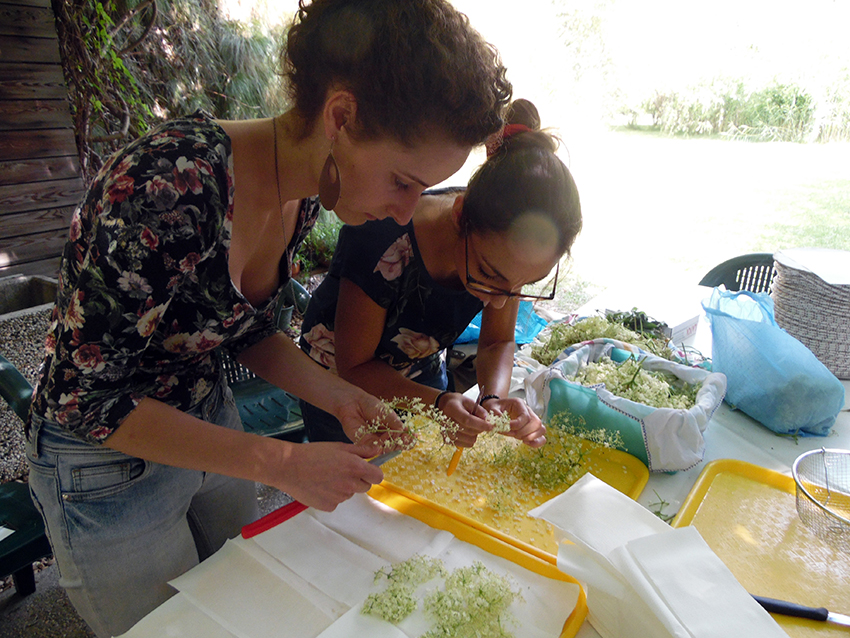